This throwback is back to 2011. I am making it today because I finally found my Rock auto, which was lost in a cabinet in one of the rooms in the house pretty much since then.

Anyway, back to the story. I was at a hotel waiting for the cast of Entourage on a warm summer day in 2011, wewantflair was with me and I am not even sure why since he disliked Entourage. In any case, while waiting we spotted an SUV pull up across the street from the hotel. Out hops Rock, and he walks into what appears to be an office building of some sort.

As you may remember, we both had Rock, as was posted in the last flashback report, but we figured why the hell not meet him again. Flair had the idea to run to a newsstand and try to find something for Rock to sign, since we figured he would be inside at least 30 mins. Flair also did not care if he missed Entourage people, so I kept look out for Rock across the street and Entourage where I was while he was gone. He ended up finding Best of WWE magazines, which inexplicably did not have him on the cover, despite this being during the Rock/Cena feud era. Not an ideal item, but the best we could do.

Fast forward a few hours, we see his SUV pull up and we moved across the street to wait. A few people got wise and followed us, but we didn't divulge the sneak until people saw him. When he exited, he was his typical (at the time) nice self, and I went for the graph first. I remember making some comment about it being insane he wasn't put on the cover, and he said something about I will just sign over his punk ass, meaning Cena. This was during their feud on and off camera, so I thought considering Rock wasn't pictured, this was the next best thing. I then got another photo, because its the Rock and why the hell not. 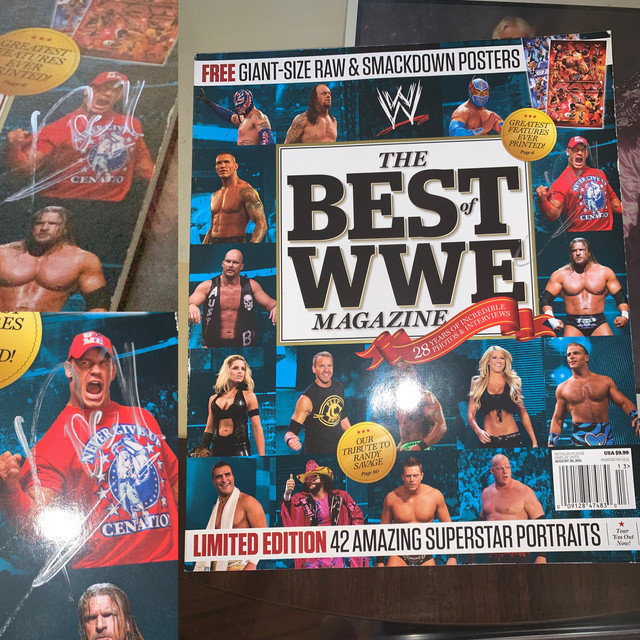 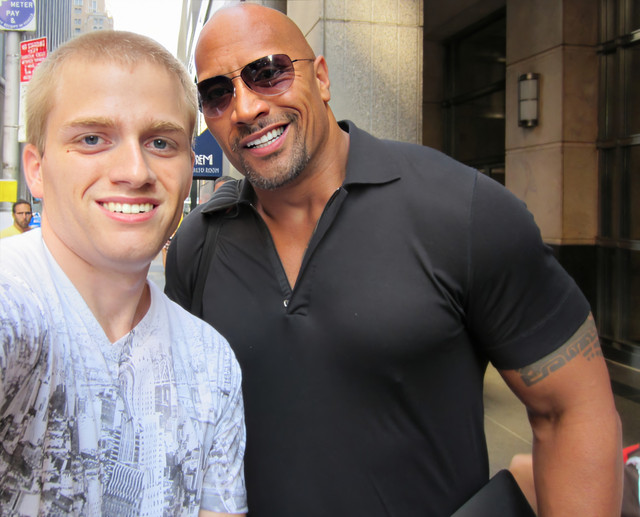 This was the crowd by the time we were done, as you would expect with random lookie Lous and then NYC collectors seeing and running from the hotel. This was the last time I met Rock, and probably won't ever meet him again. Since becoming the biggest movie star in the world, he moves much differently. 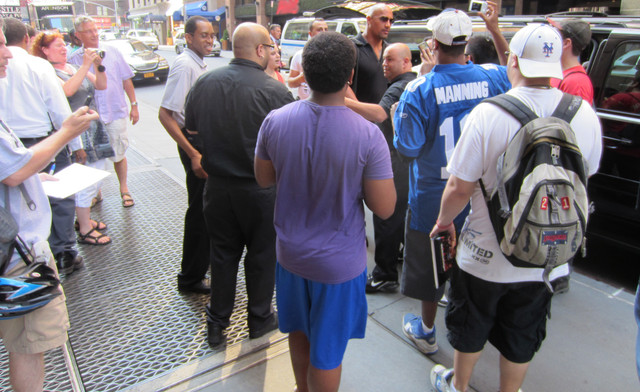 Great story! Not sure where you guys were, but Flair probably could have made it to Best Buy or Barnes and Noble for something better, ha ha.
The Paunch Stevenson Show pop culture podcast
Top