Reflecting back on 2022 - University of Virginia

Reflecting back on 2022 - University of Virginia

As 2023 begins I reflect back to a day I will remember the rest of my life. The Virginia Cavalier football team holds a meet the team day a couple of weeks before the season starts each year. There are so many players so I usually target a few players that mean a lot to me, the ones I have interacted with on social media or ones whos career I have followed while at UVA. One of my favorites was a wide receiver named Lavel Davis, he was super friendly, big smile and just an absolute joy to meet. I asked for a picture and he gladly stood up and posed for the picture with me. Another picture opportunity came with a player named Mike Hollins, a runningback from Louisiana where my fiancé is from. Again we teased him about wearing number 7 which is big down south. We joked and then took a couple of photos. We met the entire team that day and got a ton of autographs and left there thinking how great the season would be and how nice each of those young men were.

3 months later as I drove to work I heard there was a shooting at UVA, later I found out who was killed... My favorite guy on the team Lavel Davis, D'Sean Perry and Devin Chandler. I heard there were more victims and as it turned out Mike Hollins was the survivor but in critical condition. He has since been released and is recovering from his injuries.

We met all 4 of these young men, the 3 that passed away and the survivor. 2022 showed me there is so much more to sports than a win or loss. I see the smiles on these young men's faces, I hear them answering the questions we asked, their respectful replies and the future each one had.
I will never forget 1-15-41 and thankful for 7 still being with us. 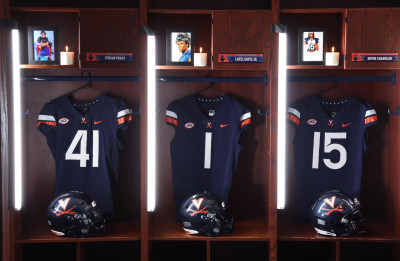 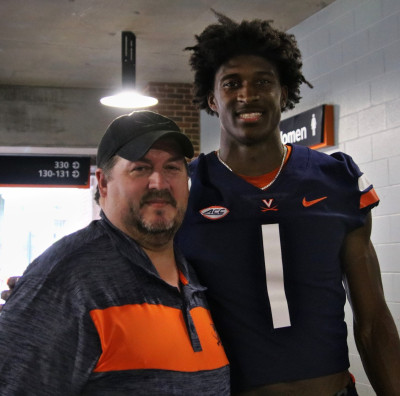 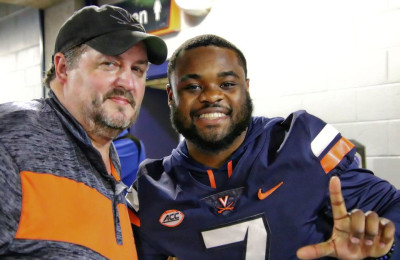 Re: Reflecting back on 2022 - University of Virginia

Well, it's been quite awhile Stunger, so welcome back though sad to see it's under those circumstances. I recalled you were a big CFB fan, though didn't recall the school. That was a terrible tragedy, and sadly, as with much gun violence, is quickly usurped by more of it.
The Paunch Stevenson Show pop culture podcast
Top

Re: Reflecting back on 2022 - University of Virginia

Thanks Greg, certainly appreciate all of your help getting me back on here on the site. Not going to lie, this one hurt. As the year closed I thought a lot about the 3 young men affected by this tragedy. My next reports will be a lot more upbeat I hope.
Top
Post Reply
3 posts • Page 1 of 1