This is the place to post reports from in-person meets!
Forum rules
DO NOT post the location for on the street meets. To keep the spots from being too crowded, we don't allow locations to be posted. You may only post location details about pay meets and organized free signings.
Post Reply
2 posts • Page 1 of 1

This past Friday I attended the Scares that Care Weekend convention in Williamsburg, VA with my friend Joe. There were a handful of wants for me at this con but I figured it was worth it because some of the names were rare and the convention was for charity so definitely a good one to support. The names I needed at this con included Kerr Smith (Final Destination, Dawson's Creek), K.C. Martel (E.T. The Extra Terrestrial), Jay Goede (Mew Two in Pokemon) and John Anderson (Ravager in Guardians of the Galaxy Volume 2). Pruitt Taylor Vince was also scheduled to be at the con who I needed but unfortunately he cancelled a little over a week before the show. When I got to the show I saw all the names I needed right away so I was able to meet all four of them with little to no waiting since the show wasn't that busy. At most there was one person in front of me at any given table. I met K.C. Martel first since E.T. is one of my all time favorites. This was K.C.'s first ever convention so I was psyched to get to meet him. Many other castmembers from E.T. were also at the con (Henry Thomas, Dee Wallace and Robert Macnaughton) but I had already met them at previous cons. After this I met voice actor Jay Goede who voiced Mew Two in Pokemon. He was very friendly and I chatted with him for a couple minutes and got a photo and autograph. Next up I met Kerr Smith and got a combo. I loved the movie Final Destination and have to admit Dawson's Creek was a guilty pleasure of mine back in the day. He wasn't too chatty but seemed nice. Lastly I met actor John Anderson who was a steal at only $10 for a signed photo with a free selfie. He was extremely friendly and chatted with me for a few minutes. After this I went around with my friend Joe and helped take photos for him as he met Henry Thomas, Robert Macnaughton, Terry Kiser, Danielle Harris, Danny Lloyd and Barbara Hershey. I decided to get an autograph from Barbara Hershey since I only got a photo with her when I met her at Chiller years ago and she is a good name. I got a photo signed from the movie Beaches. After this I walked around the dealers room and we left the con and headed home. Overall, this con was short and sweet for me and I was able to meet the celebrities I needed quickly and they were friendly. Can't wait until the next one. 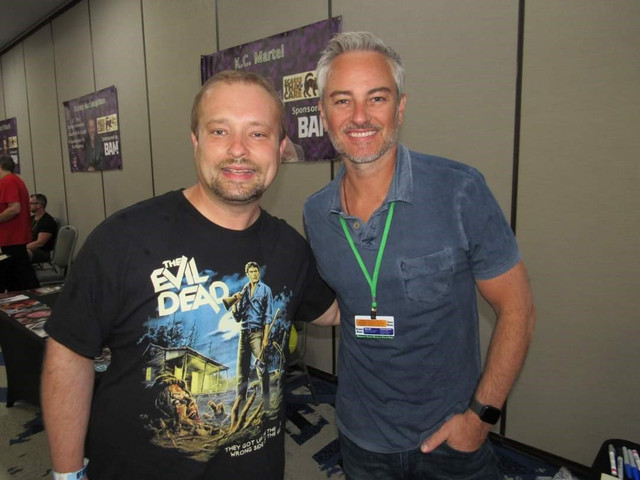 Me and actor K.C. Martel (E.T. The Extra Terrestrial) 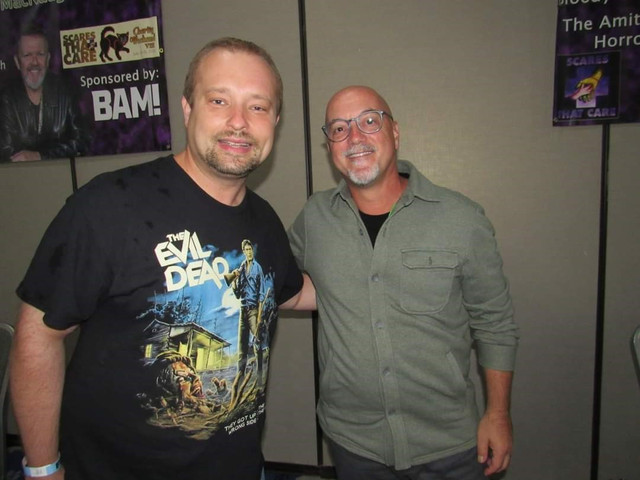 Me and voice actor Jay Goede (Mew Two in Pokemon) 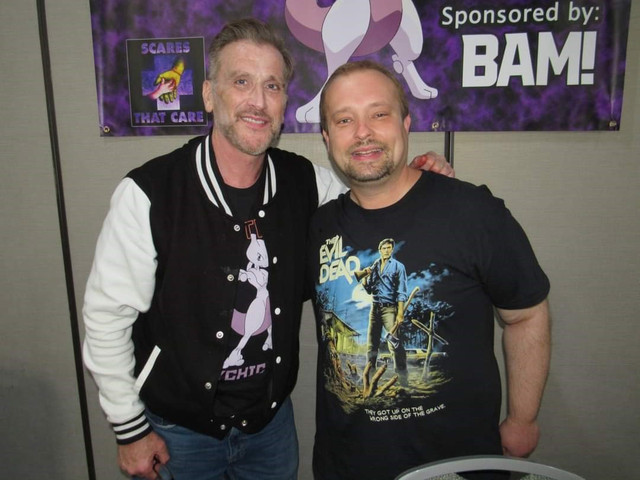 Me and actor John Anderson (Guardians of the Galaxy Volume 2) 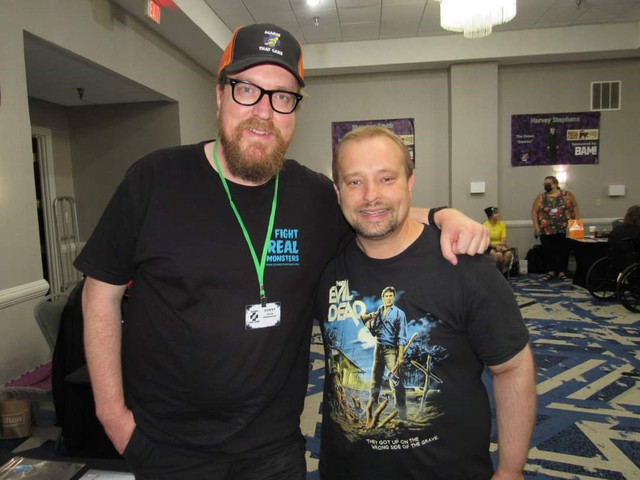 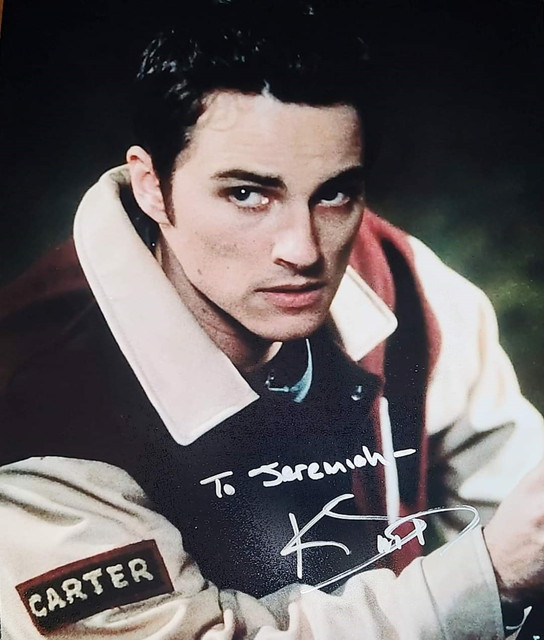 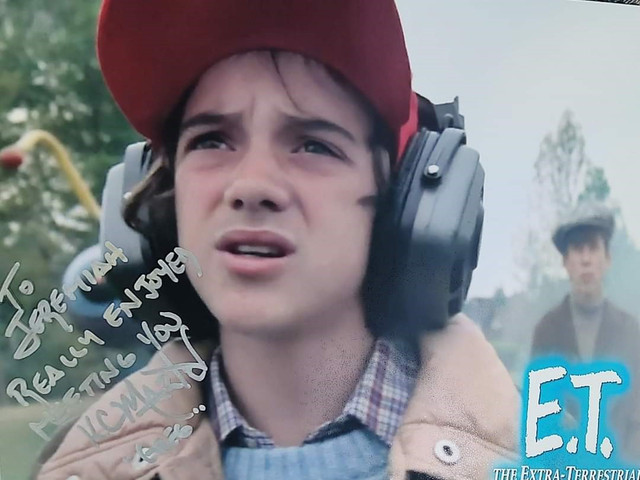 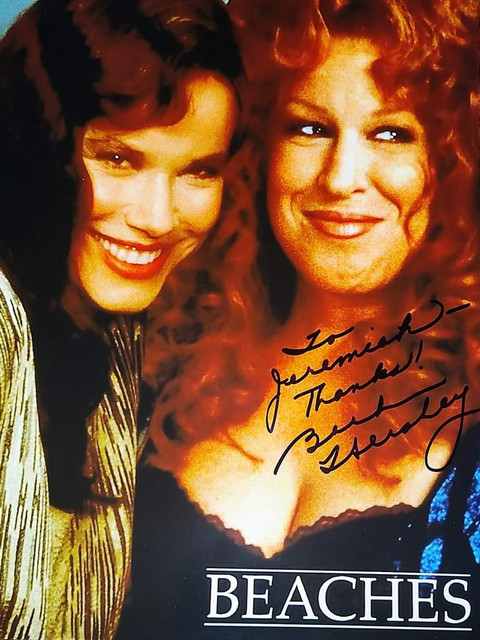 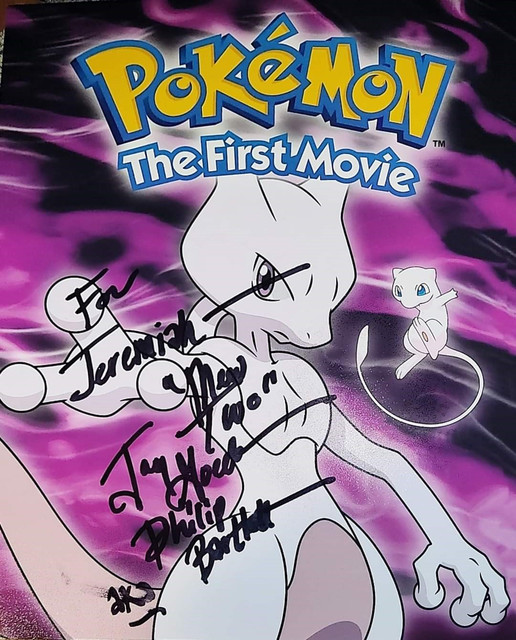 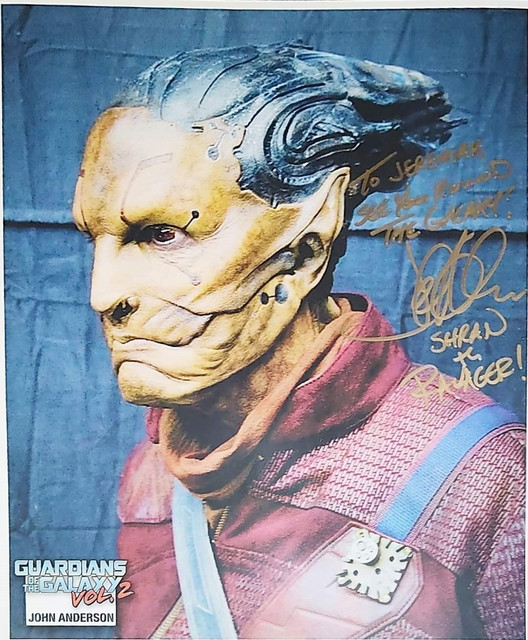