This is the place to post reports from in-person meets!
Forum rules
DO NOT post the location for on the street meets. To keep the spots from being too crowded, we don't allow locations to be posted. You may only post location details about pay meets and organized free signings.
Post Reply
3 posts • Page 1 of 1

As most know by now, Kurt Russell was doing a wine bottle signing in King of Prussia, PA about 30 minutes from Philadelphia. I also had his flight. I figured it's worth trying to get autographs and the op to skip the event. I figure worst case it's a chance for autos and an extra chance for the op.

I spoke about it to the top Master combo hunter in Philadelphia and he told me in his 20 years of doing this, he never got so many texts about any flight into Philadelphia as he did this one. People were apparently coming from NYC, Ohio, and other places.

Area #1: Here we are about 8 people. Kurt comes in refusing to take photos but he signs. I manage to only get one. He refuses me more autos even though he signs more for others.

Area #2: This is where me meet up with the rest of the crowd, about 20-30 people. Here Kurt does nothing as he walks outside.

Area #3: Now we are outside. Kurt counts 13 people says he will sign 13 autographs. Still declines photos. Starts signing and when he gets to me he goes "I already got you".

Area #4: This time we are by his car. He signs more and he finally caves in and agrees to ops. WTF! I try to get one and he agrees but looks away! WHAT BAD LUCK! I plead with him some more and he agrees to another op and STILL invalid! WTF? Other people got valid ops! I guess I'm now officially committed to the event. 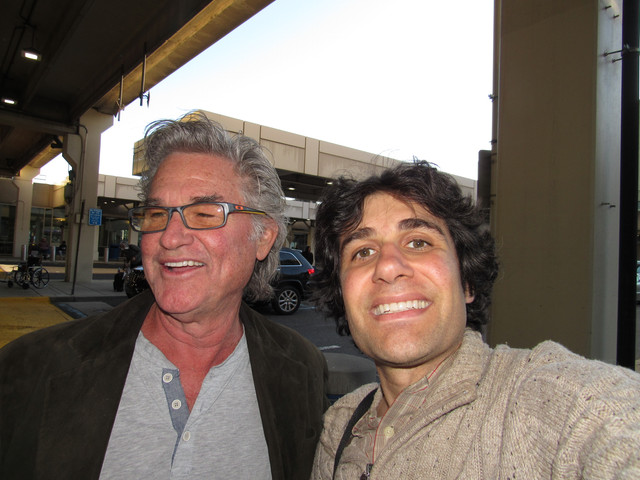 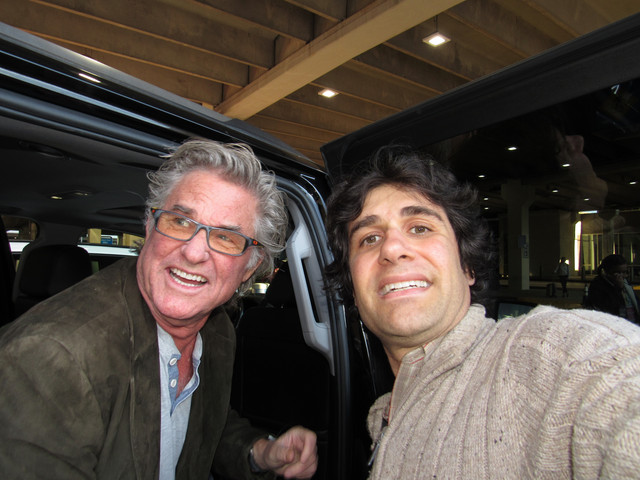 I scope out Valley Forge Casino Resort. Go inside the event and secure my wine bottles for the event the next day. Dine at a Chinese Buffet with Vanessa the Jersey Shore Stalker. Back to the Casino where I park the car and get sleep.

Wake up the next day and line up with my bottles in hand. Hang out with plenty of current and former marked out board members and other combo hunters from all over. It was a unique reunion to say the least. When they let people in it was a mob scene to buy the bottles. Glad I already had mine cause they did not last long!

Finally we line up and it's time to meet Kurt. When he sees me he goes "weren't you at the airport yesterday" to which I reply "yes". He goes "why were you so upset" and I explained why. He then goes "well it all worked out". I take a shot and realize it is blurry. But they gladly take another one. FINALLY get a good op! 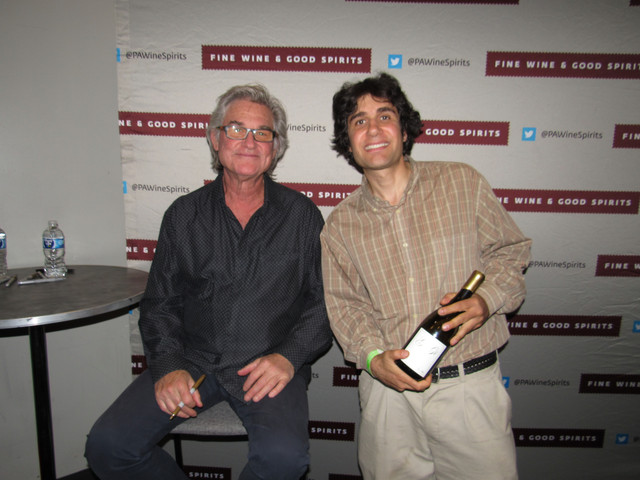 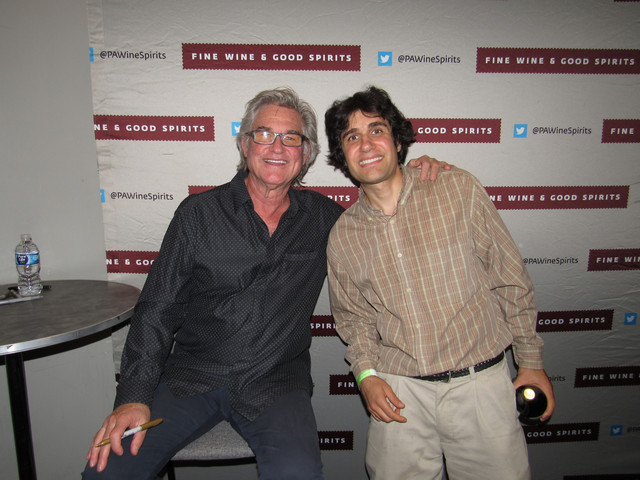 Chilled a little at the event eating and drinking free samples. Then somehow managed to be find Kurt as he left the building. To my shock he was signing for people. I get up to him and he goes "you just never quit" as he signs two more for me. But he shut it down shortly after and didn't sign more as he finally drove out. 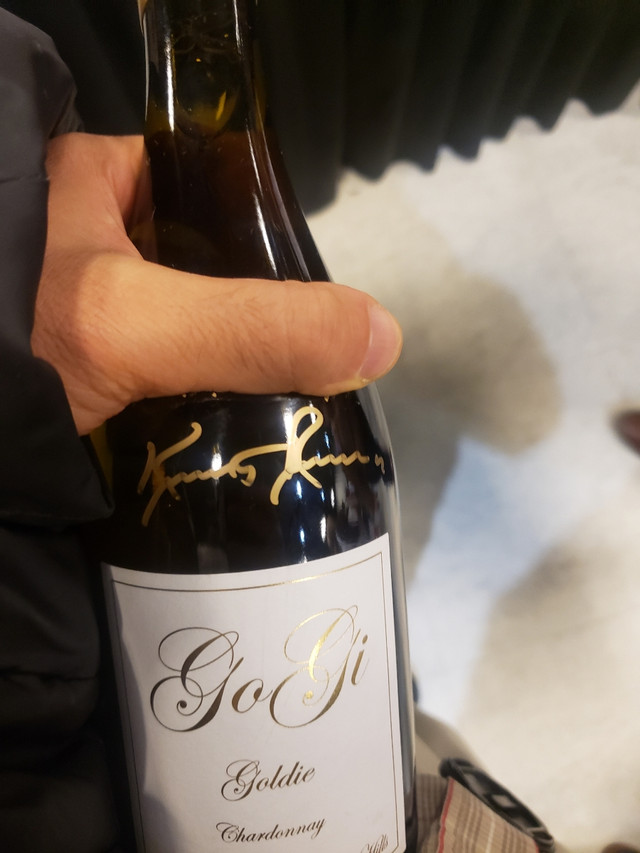 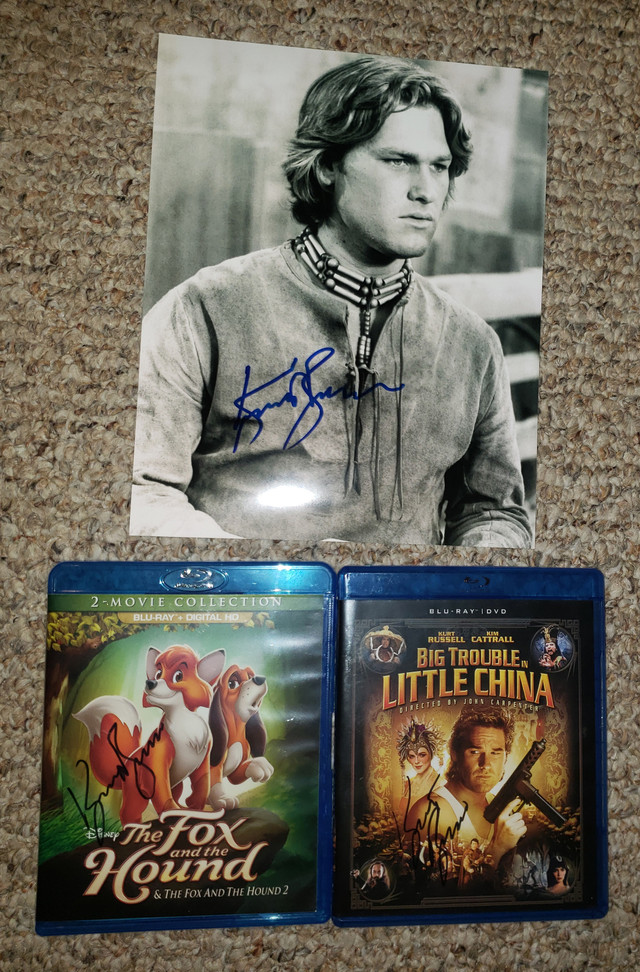 Re: Kurt Russel in Pennsylvania report

The Fox and the Hound?? Seriously? And good grief, TWO invalid shots? Time to retire maybe.

Re: Kurt Russel in Pennsylvania report

PS: The man's name is RUSSELL

I had it in stock already. So it was risk free.