Larry passed away in his sleep at the age of 99 and 1/2 years old. His lonnnnnnng life including a stint in the US Navy with Tony Curtis, and starring roles on F Troop and The Ghostbusters. He was also a voice actor, including a run as the Joker. I watched the reruns of the Ghostbusters show and later cartoon, and later recall when he made a hilarious appearance on Married With Children. Storch had many fans, including several big celebrities, but he was largely known to us for being a Northeast convention staple forever. He used to appear at NJ's Wild West City for decades as well. When my friend Rob and I began doing local conventions like Chiller, we noticed that Storch was always there, and talked to him a few times. At the 2014 Big Apple Con, after Roddy Piper no showed, we had like nothing to do so we got a pic with Storch! 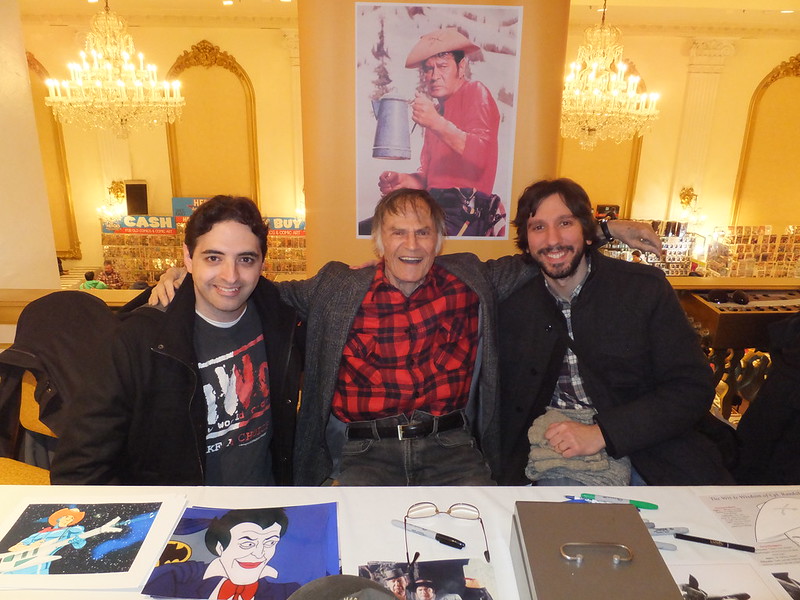 RIP to the President and founder of The Larry Storch School of Acting.
Top
Post Reply
2 posts • Page 1 of 1